Posted at 15:03h in June 2011 by The Yoga Institute 0 Comments
0 Likes
– Shri Yogendraji
The practice of nasal cleansing purifies the air sinuses, invigorates the brain, tones up the optic nerves and thus improves sight.
Hathayogapradipika, II, 30. 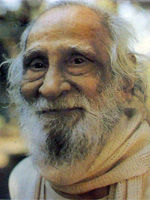 Sufficient attention is not yet directed to the hygiene of the nose which is wrongly supposed to be the least important organ by the physiological text books. On the contrary, it is the main internal organ that keeps functioning even to the last moment of our earthly existence. Nasal toilet has, therefore, not become as commonas the daily cleansing of the teeth, mouth and tongue.
Many diseases like tonsillitis, mumps, sinusitis and even diphtheria, infantile paralysis, measles, scarlet fever, influenza, tuberculosis and rheumatism etc. can be easily prevented by taking good care of the nose, of course, including the general hygiene of the other organs. Further, the ordinary nasal affections such as the polyp, adenoid growth, deformities of the septum and the most common of all troubles – the recurring nasal catarrh – are also all mostly preventable and could be easily avoided by a little timely care of this organ.
The two nostrils, Pingala (right) and Ida (left) – have solar and lunar effects on the nervous system. The deaf, mute and the insane, even with loss of taste, still live while the nasal organ is still active; and in fact, cleansing the nostril is the cure for the insane and will diminish insanity ninety percent; yet physiological text books teach that it is the least important organ.
Ordinarily, whatever dust is inhaled, lodges on the mucous surface of the nasal canal and is pushed towards the outer orifice by the minute cilia which are in constant outward motion. Any microbes entering the nose are likewise expelled, and in addition to this mechanical expulsion, the nasal mucus, which by nature is germicidal, destroys a large number of bacteria. But, with the amount of dust we inhale and the adulterated food and poisonous drinks we are daily swallowing, clogging throughout biophysical mechanism is unavoidable. The nasal passage accordingly suffers from dust accumulation and stuffing. Handkerchiefs cannot remove all the dust and mucus accumulated. When one sleeps on one side the refuse begins to encrust in the nare of the other side which during the period remains blocked. The slightest variation in the usual amount of air inhaled, as a result of morbid accumulation in the nasal canal, impairs the natural freedom in breathing, and this, in turn, produces deleterious effects upon the composition and quality of blood cells and also upon circulation itself, besides causing functional disturbances in the circulatory, digestive, nervous and other systems. The cumulative effect is the lowering of the vital index. 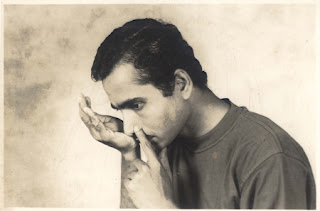 To start with any anti-toxic treatment (Malasuddhi) at this stage, it is necessary first to remove the cause where the clogging originated. The nostrils therefore, need the cleansing before other organs are treated. Again, the closure of one nostril, now becoming so common among the adults, brings on premature old age by constant rarefaction of the air. Physiologic yoga contends that closure of one nostril reacts unfavourably on the energy cycle of an individual because the harmony between the solar (Pingala) and lunar (Ida) electromagnetic currents remains disturbed. It also affects temperature, pulse and therefore the curve of health, and detracts much from thinking and concentration. This condition, however, could be most certainly and easily avoided by timely and daily care of the nasal organs. To keep this organ in a healthy state it is necessary that the nostrils must be fully open for the passage of air. The method suggested by yoga hygiene is very simple and is known as Neti or nasal cleansing.
The ordinary Jalaneti of the Vyutkrama type is non-injurious, non-irritating and absolutely simple. The beginners in yoga and for that matter, even the layman could practice this yoga nasal douche not only without any misgiving but with positive benefits. So, just when you wash your teeth and mouth, both in the morning and in the evening, do not forget to cleanse your nose also with cold or tepid water.
Take a glassful of water nearly half a pint – and put in half a teaspoonful of table salt. Stir it up properly and pour some (about an ounce) in your inverted palm and inhale the same as in suction through one nostril at a time. (Refer to fig.) If tilting the head to one side for snuffing water by dipping one nostril is found unsatisfactory, the other nostril may even be closed with the thumb of the other hand. Use each palm alternately for the respective nostril. The snuffed water will flow out either through the same nostril or the other or both or what is more likely; it may drain down through the mouth. Repeat this snuffing process twice alternately through each nostril.
During cold or other nasal ailments, the practice may be repeated two or three times a day. Soon after Jalaneti, remember to blow your nose of all watery discharge, taking care to use only one nostril at a time.
Jalaneti not only loosens clogged up mucus and dirt accumulated and hardened in the nostrils but also stimulates the tiny nerves and tender mucus membrane in the nostrils. Stimulation of the nerve endings has a tonic effect on the brain and the nervous system. Furthermore vision is improved and all diseases arising out of nasal obstruction are cured.