Posted at 21:40h in Uncategorized by The Yoga Institute 0 Comments
0 Likes

Stories that stir……
GOD’S CHILDREN
Dr. Patanjali J. Yogendra
This story is of a time before the Second World War. A traveler in
Southern Russia was taken by a friend to see a humble old woman in a
little cottage. The old lady welcomed them and offered them something to 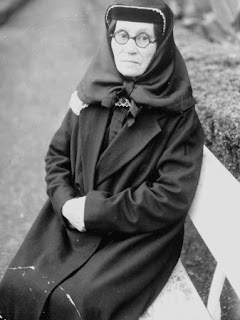 eat. She drew up their chairs close to the fireplace so that they could
warm themselves. They were very grateful for this kind gesture. As they
got up to leave, the lady asked the visitor if by any chance, he was
going to Moscow.
The traveler said that he was. “Then”, asked the old woman, “would you
mind delivering a parcel of home made toffee to my son? He cannot get
anything like it in Moscow.”
Her son was a very great man, dictator of Russia. We would not normally
think of him as a man who would like toffee. But his mother did! For her
he was only her son and all the labels of greatness did not count.
Incidentally her son’s name was Josef Stalin.
We are all the children of God. Rich or poor, high or low; he treats us
all alike.
Some might argue that God favors some and neglects others. However if we
see from an objective viewpoint, we will find that in fact, God cares
more for the needy and downtrodden and protects them from undergoing
further grief.
On the lighter side: A wealthy businessman once proclaimed in church
that he was a ‘self made’ man. The old pastor who was a wise man
remarked, “That, my dear fellow, saves the lord of an unnecessary
burden.”
Yoga speaks of Isvara Pranidhan as absolute surrender to the will of the
almighty. Incidentally, Bhakti Yoga is spoken of as the vihang marg or
the path of the eagle i.e. the shortest way to attain salvation.
Care to board the ‘Flight’

Published in the January 2011 edition of Yoga & Total Health Magazine.