14 May MYSTICISM IS MYSTERIOUS

Posted at 20:45h in July 2010 by The Yoga Institute 0 Comments
0 Likes
Sant Kabir had no bias about religion. He spoke of self – existence, spiritual consciousness to be reached by removing the veil of ignorance. 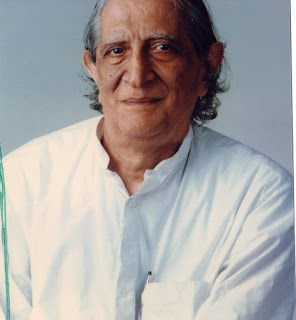 He did not believe in preaching as this put one on a higher pedestal. One’s life should be an example to oneself.
Guru Nanak spearheaded the concept of spiritual reality, devoid of attributes. Such trends begin from 14th century with Jayadev, Trilokana, Namadwa, Ramananda, Raidas, Kamal Dhanna etc.
Like the transcendental, ecstatic union with the deity, contemplation and communion, consciousness of beyond, following the real (from Abl-al-Haqq, exalted state of consciousness, coming face to face with reality, intuitive apprehension or silent enjoyment with God etc. were spoken of.
There are more concepts and words like Kaivalya (aloofness), Mahabhava (great feeling), Mahabodha (great understanding), Mahalaya (great absorption), Mahasunya (great void), Nirvana (extinction), etc. that are attempting to grasp what is beyond words.
Sometimes methods are equated with mysticism, trance like deep meditation, spiritual discipline aiming at union etc. Mysticism is a way of feeling leading through intuition to illumination. The fact is that mysticism is subjective. It is a study and interpretation of the mystic himself and his behavior and belief, thoughts and his evolving consciousness.
Dr. S. N. Dasgupta defines mysticism as a theory, doctrine or view that considers reason to be incapable of discerning or realizing the nature of the ultimate truth and at the same time believes in the certitude of some other means of arriving at it. It is intuitively experienced knowledge.
Dr. Jayadeva.
Published in the July 2010 edition of Yoga & Total Health Magazine.