He swerved the car to the extreme right and slammed on the brakes. Straining against my seat belt, I frowned at him and then at the bike driver facing us. After a bit of angry exchange with the bike driver, we moved on.

I looked at him then and said disapprovingly, “Dad why do you purposely get into their way? Why not just let them be?” 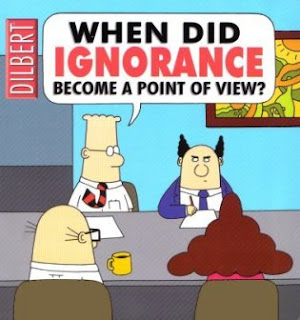 Vehemently, he said, “He was going in the wrong direction! Just for convenience these people break rules and put lives in danger. If we would have got into an accident, he would have held us responsible. No one has any civic sense. We need to put some sense into them.”

But they never change, I argued. In fact, the man on the bike thought he was right and we were wrong. How could one improve if they weren’t even aware of their mistakes? “Everyone in Mumbai is like this. Why get our blood pressure high in trying to improve them unnecessarily? Might as well be cautious, peacefully accept the situation and move on. You will start getting heart problems if you keep this up,” I preached.

Dad became silent and thoughtful. I was happy that I made a difference in the way he looked at the situation.

To my chagrin, the next day, he had a heated exchange with a pedestrian trying to cross while our signal was green. He was fuming and I was upset. I realized that the previous day he was silent because he disagreed with me. He truly believed in his cause and felt he was right.

But wait a minute, what was I doing? I was telling him to accept people as they are, when I myself was not accepting him the way he was. He had his own set of beliefs based on his experience and learning and I had mine. I was trying to force my perspective on him too, getting upset in the process.

Come to think of it, how many times had my parents, friends and relatives asked me to change some things about me but I was adamant that I was right? I refused to change too.

The answer came smilingly to me. THE HIGHER PERSPECTIVE. One that sees neither right nor wrong. One that is non-judgmental and detached. It just sees.

The next day, I sat quietly in the car and just smiled at the drama unfolding all around me.


Published in the June 2011 edition of Yoga & Total Health Magazine