10 May SHARING AN EXPERIENCE 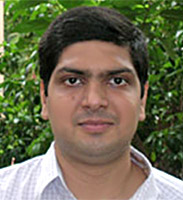 Mick Kelly was a young vibrant girl with a passion for music. She lived in a large mansion with her parents. They had put up a boarder, a Mr. Singer who was a bank clerk and lived in the Kelly house for a small rent. Mick and Mr. Singer over a period of time grew to be close friends. Mick wanted to share with Mr.Singer the joy that she found in music. But the problem was that Mr. Singer was deaf and dumb from birth. However, one day, Mick brought her record player to Mr. Singer’s room and put on a record of Mozart.
As the music played she gestured with her hands and arms trying to give Mr. Singer an idea of what the music was doing. She made big sweeping gestures as the volume of the music increased. Subtler gestures as the music got softer. Mr. Singer just sat there and nodded and smiled as he watched Mick. The record got over but Mr. Singer kept nodding and smiling at Mick as if it were still on. 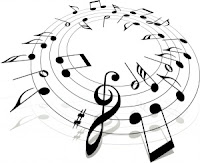 Mick at that time realized that she could not really communicate to him all that she experienced in the music. She could only convey a vague idea of what it was all about. But she did it because she loved the music and because she loved Mr. Singer and wanted to share with him the most important things in her life. Mr. Singer knew what she was trying to do but he also knew that there was more to it than he was equipped to grasp.
Isn’t this episode similar to the experiences of mystics and saints throughout history, who having experienced God wanted to help others reach that state? It is also true for all of us in our daily lives when we wish to communicate our feelings to others and hope that they understand us as we wish them to.
Objectively speaking, it is a hopeless exercise. But nonetheless with care, compassion, love and patience who knows we may succeed.
Nothing in life can compare with the thrill of knowing God and loving God and above all knowing that he knows and loves you too.