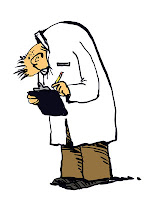 A big team of researchers medical men and media personnel thronged to Malad near Bombay to witness Yogi L. N. Rao walk on water some years back.

Yogi Rao smiled and said the mistake was he did not have his bowel movement in the morning and this is why he was drowning. He was clever, the audience was aghast, the world press moved away and Yogi Rao quietly slipped out from the backdoor..

Published in the October2010 edition of Yoga & Total Health Magazine