02 Jul YOU ARE WHAT YOU EAT 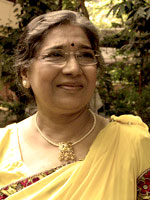 Our physical as well as mental health is, to a large extent, determined by two to three inches of muscle, popularly known as the tongue. An uninhibited tongue, cannot be reined in by its owner and cause its owner much trouble in more ways than one. It is said that the person who has control over the tongue can rise to great heights. Because it is the tongue that sends out words that can offend or uplift, hurt or heal, praise or condemn, and the man who uses words carelessly, without discrimination, will sooner or later pay for his indiscretions. On the other hand the man who uses his tongue well to deliver his words in measured way, is the master of his destiny.

At another level, the tongue is like a sentry at the gates of the digestive system. It has an important job; it has to sense and taste the food, which it has to then certify for release into the system. It’s the quality control department but, like a corrupt politician who abuses his position when made in charge of an important portfolio, the tongue is also prone to corruption. Instead of accepting that which is delicious and nutritious, it can be easily corrupted and led into accepting all that ‘tastes’ good but is ruinous to our health. And this is what has happened to most of us. Due to our callous and indifferent attitude to our diets, due to our ignorance of the role of diet in our lives, an entire range of harmful foods has entrenched itself in our lives, and we continue to consume them without even being aware of the tremendous harm they cause. Our only idea is taste and we are only starting to discover that all that is tasty is not necessary healthy. Perhaps in the future, in a more enlightened time, some of our choice foods will come with statutory warnings like the ones we see on cigarette packets.

As the pace of life changes, as our lifestyles change, we adopt new foods, not necessarily healthy, and discard foods from our diets, which are beneficial for us. The changing role of the woman in society has caused upheavals in the kitchen and this also impacts our health. As a result of the many changes, we have forgotten what is good for us, we have lost touch with ourselves. This probably explains the rising number of hospitals, all of them doing roaring business; this also explains the high obesity ratio observed among children these days, and the many other ailments whose origins are being traced to poor, faulty and imbalanced diet.

Published in the July 2010 edition of Yoga & Total Health Magazine.